The Problem of Silence: Rabbi Joachim Prinz Speech at the March on Washington

Rabbi Joachim Prinz (1902-1988) was a Berlin-based rabbi until fleeing Nazi Germany in 1937. Prinz was ordained at the Jewish Theological Seminary in Breslau and served as a rabbi in Berlin until the Nazi government formally expelled him from Germany. In the U.S., Prinz became a vocal advocate for the civil rights movement as well as for the Zionist cause.

In addition to his congregational work—most importantly as spiritual leader of Temple B’nai Abraham in Newark, New Jersey—Prinz was active in national and world affairs, joining the executive board of the World Jewish Congress in 1946. He also served as president of the American Jewish Congress from 1958-1966. He devoted much of his life in the United States to the Civil Rights Movement, joining picket lines across America protesting racial prejudice from unequal employment to segregated schools, housing, and all other areas of life. His papers are preserved at the Jacob Rader Marcus Center of the American Jewish Archives at HUC-JIR/Cincinnati.

On 28 August 1963, Prinz spoke at the famous March on Washington, presenting a speech that related Jewish suffering to the U.S. civil rights movement. He accentuated:

As Jews we bring to this great demonstration, in which thousands of us proudly participate, a two-fold experience — one of the spirit and one of our history.

In the realm of the spirit, our fathers taught us thousands of years ago that when God created man, he created him as everybody’s neighbor. Neighbor is not a geographic term. It is a moral concept. It means our collective responsibility for the preservation of man’s dignity and integrity.

From our Jewish historic experience of three and a half thousand years we say:

Our ancient history began with slavery and the yearning for freedom. During the Middle Ages my people lived for a thousand years in the ghettos of Europe . Our modern history begins with a proclamation  of emancipation.

It is for these reasons that it is not merely sympathy and compassion for the black people of America that motivates us. It is above all and beyond all such sympathies and emotions a sense of complete identification and solidarity born of our own painful historic experience.

Furthermore, in reflection of his time in Nazi Germany, Prinz informed: “the most important thing that I learned under those tragic circumstances was that bigotry and hatred are not the most urgent problem. The most urgent, the most disgraceful, the most shameful and the most tragic problem is silence.” 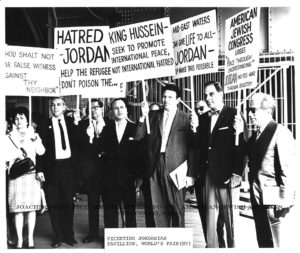